In this installation, twenty malfunctioning Amazon Echo smart speakers have been discarded amongst the dirt. Abandoned and without homes, they sing to themselves and each other, and tell stories about the world that created them.

The many stories the devices tell reflect on their strange lives as things designed to hide how they work with a cloak of ‘magical’ technology; that are created through some of the most damaging extractive practices of capitalism; and that promised a new future of human-machine coexistence through ‘smart assistants’ like Alexa and Siri. They are also nearly impossible to recycle or dispose of cleanly – which is why they are all destined to eventually end up in trash heaps, in the dirt. Each of the smart speakers used in this installation had been previously owned and sold for parts due to malfunction or failure – a sign of the emptiness of the magical A.I. future they promised.

The ’singing’ of the devices in the installation are generative compositions made from the raw sonic material of the voices themselves – they’ve been stretched, distorted, and disfigured into sounds that range from haunting choirs to distorted half-words. In breaking the machinic voice to make something new from it, they mirror how the installation seeks to make new meaning from things that are thrown away. 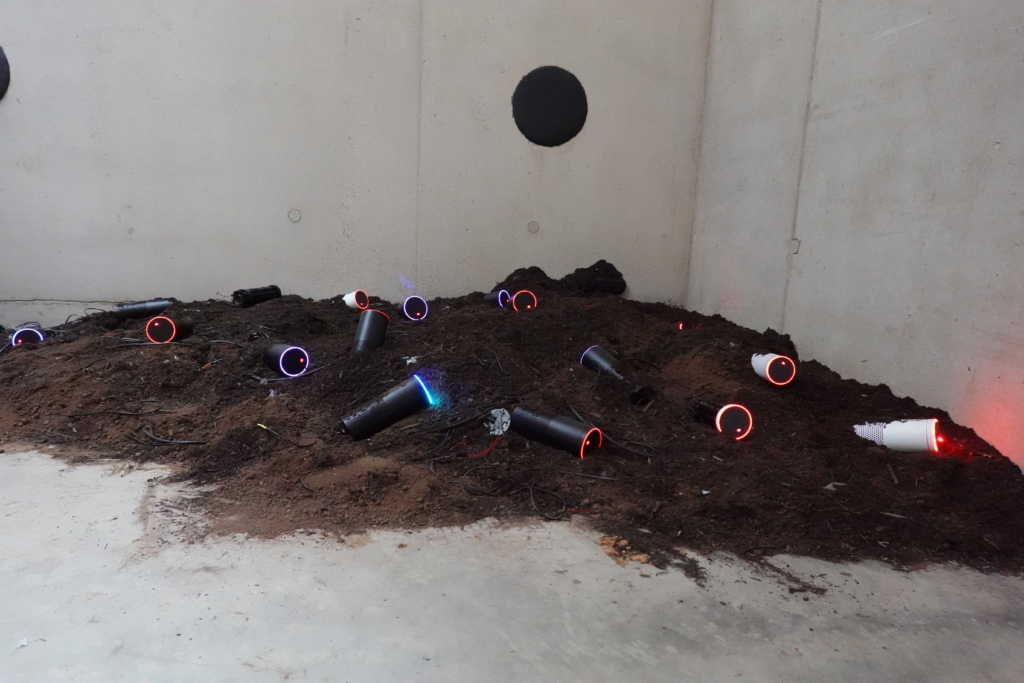 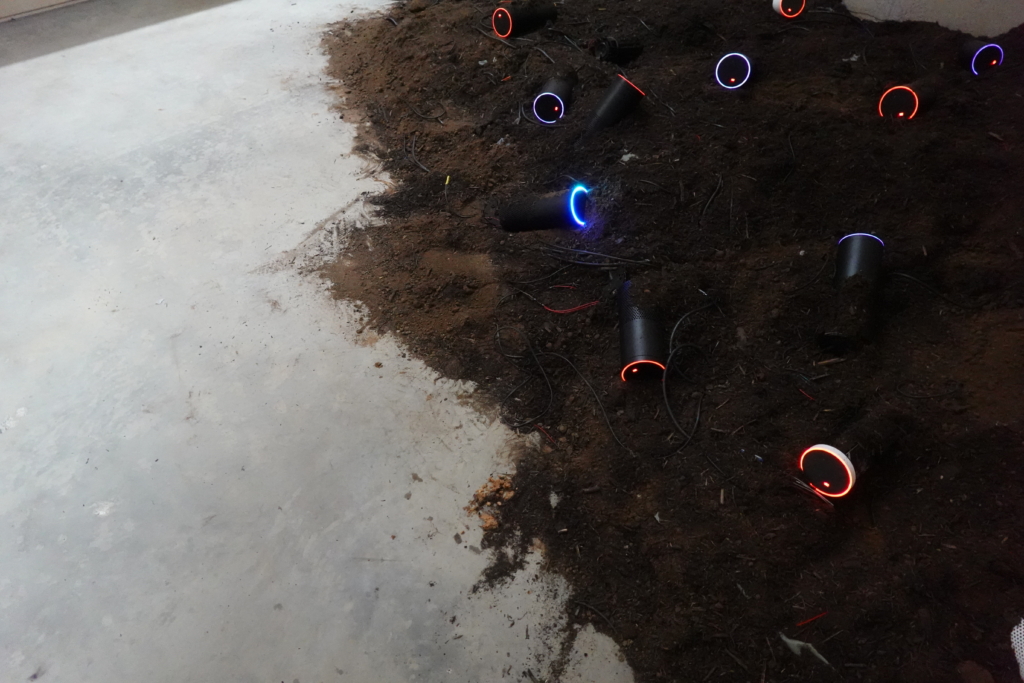 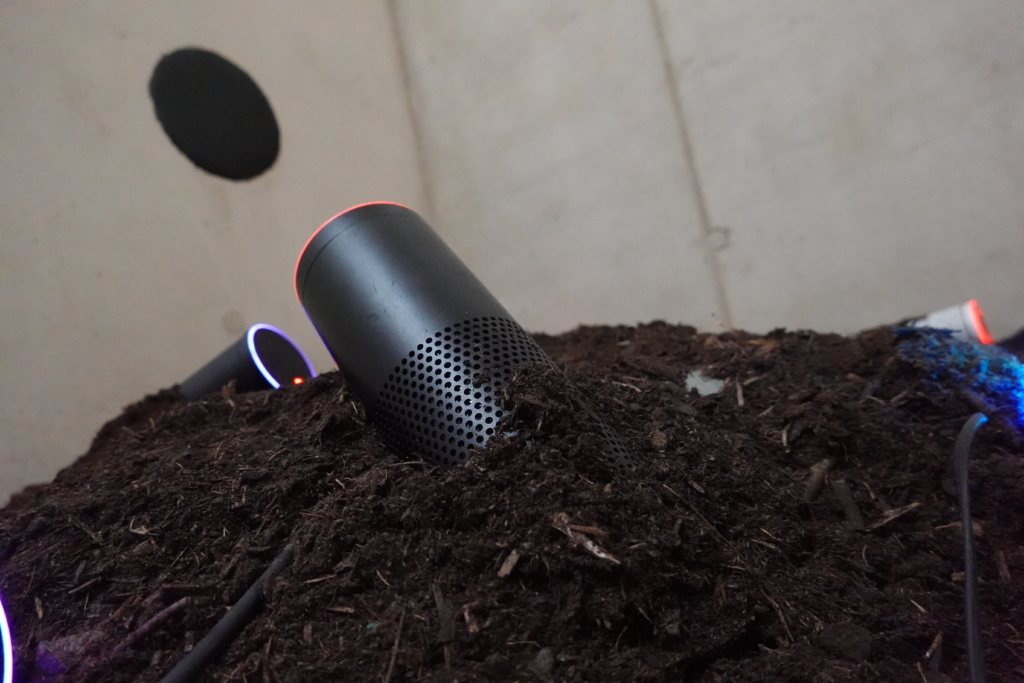 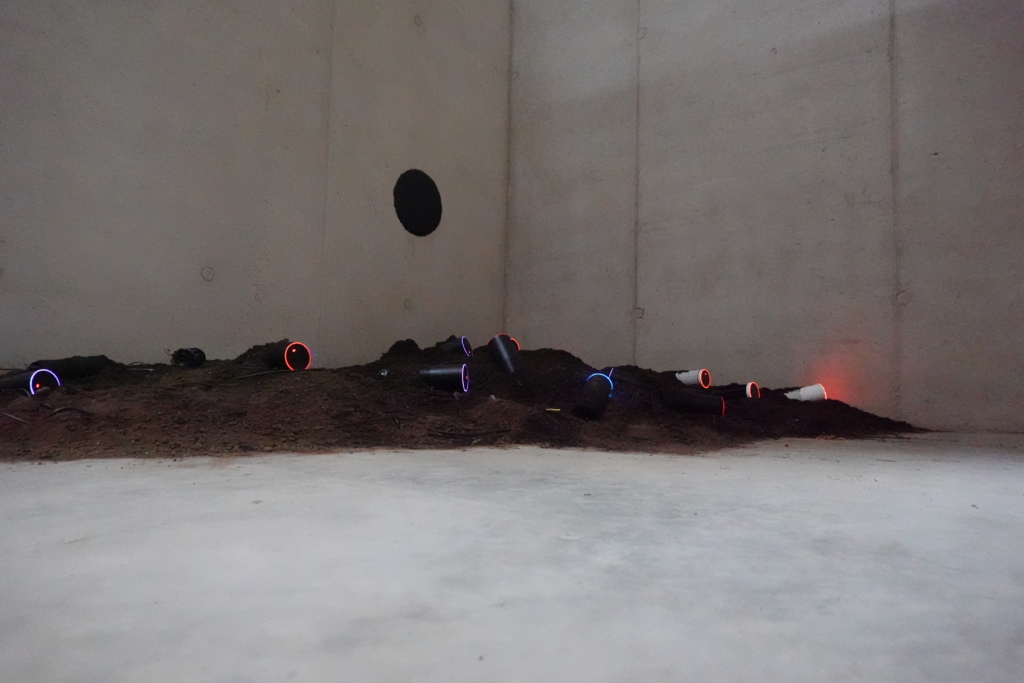