Echo REIGN is an interactive artwork that re-imagines the Amazon Echo and its ‘smart assistant’ Alexa as devices in the US Army’s ‘Internet of Battlefield Things Research on Evolving Intelligent Goal-driven Networks’ (IoBT REIGN) project. The resulting version of the Echo emulates military build specifications, and includes a battlefield-optimised voice assistant, a parody of the supposed neutrality of Alexa and the data it captures and exploits.  The interactive voice assistant is nameless, always listening, and never says please.

In Echo REIGN, the Echo is completely re-designed to conform to US mil-spec, whose focus on modularity and user-serviceability exposes the design decisions made by Amazon that obscure the function of the Echo’s seamless, opaque black box.

Echo REIGN has a three-tier modular design, split into the core sections of the Echo’s functionality: microphones, network antenna, and speakers. These are all visible, accessible, and replaceable components, with exposed screw heads and mounting points on its rugged metal enclosure. It has USB inputs for manual firmware upgrades, signal strength meters, and external WiFi antennae.

The custom voice assistant demands users adhere to ‘military protocols’ for pronunciation, explictly requiring them to speak in a formal tone, in contrast to the conversational nature of Alexa.  Through interacting with this assistant via the military replica COMTAC 2 headset, audiences experience a simulation that includes analysing combat zones, controlling battlefield technologies, and calling medics.  The narrative it constructs explores the reality of the relationship of Amazon to the US military, and the wide-range of major universities who are spearheading the US Army’s IoBT research.

Through inverting the design of both the Echo and Alexa in these ways, Echo REIGN is not a work of speculation, but a manifestation that attempts to fill the gap between what we already know about the complex relationships between tech companies, universities, consumer devices, and weapons research. 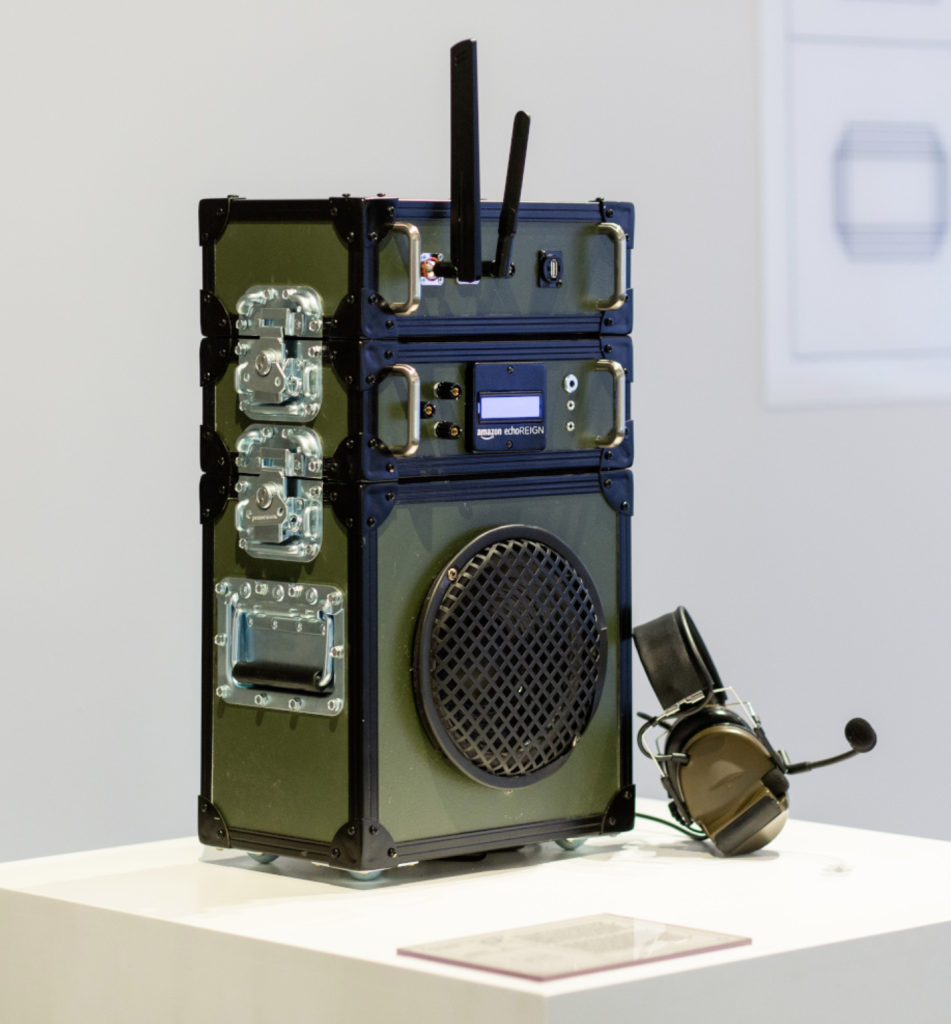 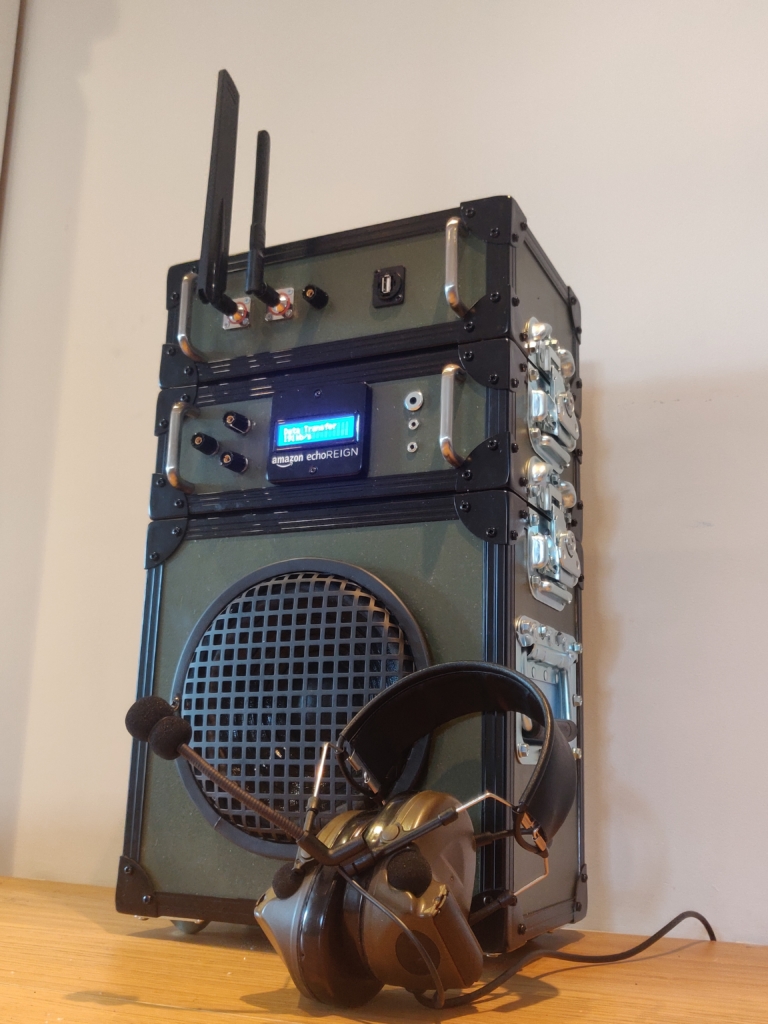